Journal of Youths in Science 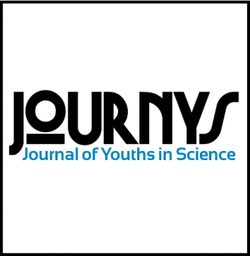 JOURNYS is an entirely student-run international science organization started at Torrey Pines High School in 2008. I'm the president for the 2015-2016 school year. It is the largest science organization on campus and has several chapter schools internationally. JOURNYS writes, edits, designs, and prints science articles written by highschoolers for highschoolers. For example, even though JOURNYS has historically printed two issues per year, two years ago, none were printed; and last year, just one was printed. This year, I have contacted some of the past leaders of the organization and am making massive changes to the club. For one, we're moving to a more digital format through social media (eight years ago, this wasn't an option); furthermore, we're focused more on expanding and outreach for the club. One of the most important changes is the development of an Advisory Board. This board consists of leaders in science education, like Professor John Willinsky at Stanford, and the past leadership of JOURNYS. This not only provides JOURNYS with long-lasting connections, but it also allows for a smoother transition between years. More information from an old grant proposal about the club is below.

Description:
JOURNYS is a completely student-run, non-profit science journal created by and for high school students, operating since 2008 (then known as Falconium). Unlike most science magazines, JOURNYS offers students the opportunity to be published, bridging the gap between professional journals that primarily publish adult scientists, and science magazines written for younger children. JOURNYS benefits authors and readers alike: student authors (under the age of 20) research and write articles that they are interested in, adopting a question-based approach to science; they also receive feedback from a network of peer editors and scientist reviewers. Meanwhile, readers of JOURNYS gain appealing and useful insights from their fellow students. JOURNYS brings concepts from the classroom into a real- world context and fosters a deeper interest in STEM (science, technology, engineering, and math).

JOURNYS aims to provide a platform for young scientists, mathematicians, and engineers to share their findings for a broad peer audience, bridge student research and activities in STEM with the expertise of professional scientists, and promote lifelong interest and involvement in STEM among high school students, particularly those in underprivileged schools. This overarching goal breaks down into three main objectives: (1) to cater to a diverse student body by welcoming members of all interests and skill levels, free of cost; (2) to provide the best resources for students to engage in STEM, from access to renowned scientists to science tutoring; and (3) to provide a platform for students to share their scientific inquiries and insights with a broad and supportive audience.


The print issue will primarily target high school students (Grades 9-12) in both the publication process and distribution efforts. All students, regardless of initial interest level in science, may benefit from the issue; high- achieving, passionate science students will relish the opportunity to publish articles and research, while less enthusiastic science students will appreciate the appealing layout of issue content--the emphasis on explaining topics in an accessible manner and identifying the practical applications of classroom concepts.


Approximately 300-350 San Diego-area high school students, as well as 200-250 students in Orange County, Los Angeles, San Francisco, and nationwide, will be directly involved in the production of the JOURNYS 2013 Winter and 2014 Spring issues, by writing, peer-editing, and evaluating articles, creating issue artwork and design, and managing inherent deadlines and expectations. An additional 50-70 students will be coordinating issue publicity and distribution efforts, and 40-50 science professionals will serve as reviewers for issue content.


Overall, JOURNYS expects to receive about 150 submissions for each issue, and will publish 20-25 articles in each print issue. Article submissions are typically research reviews, topic/policy reviews, or original research. Several authors of the remaining work will be invited to publish on www.journys.org; 35-50 are expected to do so.

Approximately 1,500 print copies will be distributed to chapter schools, regional and national science fairs and
competitions, and to unaffiliated high schools (with emphasis on schools in San Diego and San Francisco).
Additionally, a pdf of the print issue will be sent to contributors, reviewers, teachers, and subscribers for free
distribution, and will be published on the JOURNYS website along with the online-only articles. The issue is
expected to reach over 1,500 secondary school students and teachers. Through issue distribution, the intent is to
recruit additional staff members and contributors, chapter schools, and subscribers; JOURNYS especially hopes to
be able to initiate contact with at least 3 new chapter schools as a result of the 2013-14 issues.

Our history, qualifications, and future plans:


Five years ago, the Journal of Youths in Science (JOURNYS), then “Falconium Science Journal,” was founded at Torrey Pines High School after students saw that mainstream science publications only covered two extremities of the audience spectrum, with very few targeted towards and created by young adults. We hoped that through JOURNYS, we could create a medium to promote curiosity and discovery, to connect and inspire young scientists across the world. Today, JOURNYS has expanded into 18 chapter schools in nationwide, with international readers and contributors, and has published over twelve issues with over 400 student contributors.

Since its founding, JOURNYS has transitioned through four presidents, while accommodating rapid growths in its membership and readership. It has steadily driven high school students to develop a passion for STEM, by filling the void for a scientific publication created by and devoted to young adults. Through JOURNYS, students have a platform to pursue their curiosities, share their discoveries, and recognize groundbreaking research conducted by their peers. Additionally, JOURNYS utilizes student talents in art, design, outreach, and coordination, making the journal truly appealing and accessible to the entire student body. JOURNYS's history of successful transitions, combined with its unique vision and model, make it a strong candidate for long-term sustainability and progress in the scientific community.

JOURNYS has already identified multiple paths for future development, including plans to further expand the journal to chapter schools nationwide and internationally. This summer, several schools in the Midwest and East Coast have expressed interest in becoming chapters and forming the foundation of this enormous initiative. Additionally, JOURNYS also hopes to engage in collaborations with national and international science fairs and competitions (such as Intel ISEF, Intel STS, Broadcom MASTERS, and Siemens) to recognize and publicize the research of high-achieving students. By providing an opportunity for these individuals to publish and share their work with peers, JOURNYS will further promote student involvement in science and also increase the visibility of these competitions to the student body.


Each year, a dedicated team of students is committed to leading JOURNYS toward both its short-term and long-term goals. As of last fall, this leadership team has expanded to include students from several chapter schools, ensuring that JOURNYS will remain sustainable across its chapters and continue to represent the interests of all of its members. Selections for the leadership team begin each spring, and most new members are promising underclassmen who are given ample opportunity to hone their skills before assuming executive positions on the team. This ensures a seamless line of transition in the JOURNYS leadership, and enables the organization to remain stable and sustainable for many years to come.

Several notable accomplishments of JOURNYS are listed below:
 JOURNYS (then Falconium) was awarded the grand prize in the 2010 national Young Professionals in
Publishing Competition. JOURNYS was praised for its advanced design, unique concept, refined writing, and
cohesiveness.
 JOURNYS was featured ScienceBuddies.org, the leading science project help site. JOURNYS was described
as "savvy" and "engaging," "giving science students a rare opportunity," and allowing “emerging scientists to
share their research and ideas and to learn important lessons about the process of communicating scientific
research to a community of readers.”
 JOURNYS was an exhibitor at the San Diego Science Festival Expo, along with more than 150 of the top
science companies and organizations in San Diego.
 JOURNYS (then Falconium) was also an exhibitor at the “A World We Can Change” conference. Over 8,000
high school students and teachers were in attendance.
 JOURNYS has reached regional and state science fairs, participants of the Army/Navy/Airforce - sponsored
Junior Science and Humanities Symposium, Google Science Fair winners, Intel International Science and
Engineering Fair (ISEF) participants, the COSMOS summer program, MIT’s Research Science Institute, the
Summer Science Program, Canada/USA MathCamp, and more.